On a recent trip to Ireland, UIS President Paul Loftus had the unique opportunity to meet the newly-elected 349th mayor of Dublin, Nial Ring. Ring, a businessman, was previously a councillor for the Inner City North area. 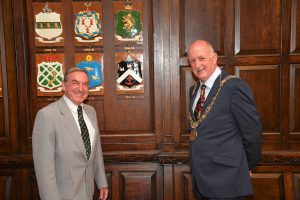 The UIS recently welcomed former Lord Mayor Michaél Mac Donncha on his trip to Montreal in May.