Steve Garnett is a community minded volunteer who gives back through the Montreal Auxiliary Firefighters, an organization that he has presided over for more than ten years that has helped firefighters for over 75 years, showing up at large fires with a bus, and warm food and drink to help the firefighters maintain their strength while battling the flames. The organization also runs the Firefighter’s Museum on boul Saint-Laurent. Leadership roles are not foreign to Steve. He recently completed his mandate as President of the International Fire Buffs and was immediately appointed as a Vice President.

Steve’s chosen career is with Mistras Group Inc., a leading, OneSource, global provider of technology-enabled asset protection solutions used to maximize the uptime and safety of critical energy, industrial, and public infrastructure. He grew up on Montreal’s South Shore and is a Greenfield Park resident with his wife Bonnie.

For his leadership through volunteerism, the United Irish Societies of Montreal is pleased to present Mr. Steve Garnett as the Chief Reviewing Officer of Montreal’s 197th Consecutive St. Patrick’s Parade. 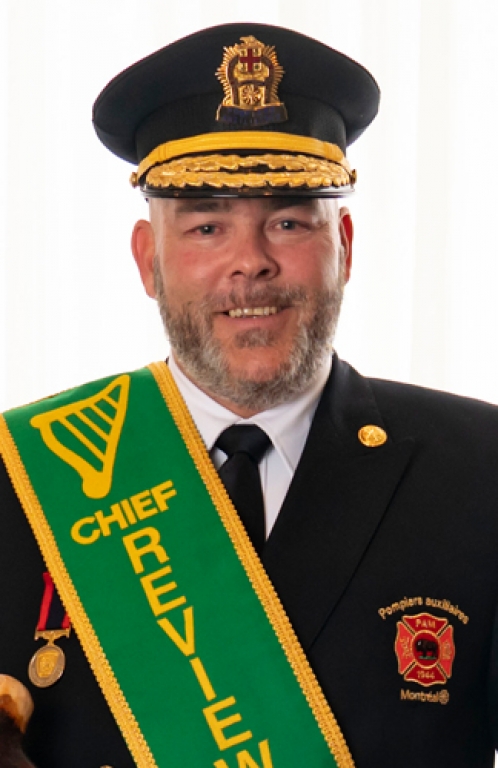