Ronnie James is well known throughout the Irish community. A member of the Point Saint Charles diaspora, he attended Riverside Elementary and Lorne School before moving on to Montreal High School. Ronnie was a proud member of Leo’s Boys, speaking glowingly about his experiences whenever he has the opportunity.

Ronnie is perhaps best known as the longtime Equipment Manager of the Montreal Alouettes. His association with the Alouettes began in 1996 upon the team’s return when he served as Assistant Equipment Manager. In 1998 Ronnie was promoted to Equipment Manager, a position he held through the 2016 season. After twenty years in the equipment room, Ronnie is now the team’s Travel & Logistics Coordinator. During his time with the Alouettes, Ronnie has played a part in nine Grey Cup games. He now owns 3 championship rings, which he earned in 2002, 2009, and 2010.

What is less known about Ronnie is his benevolent activities. He has donated an endless amount of raffle prizes, auction items, and a significant amount of time to the Point Wish Softball Tournament, the Point Saint Charles Hall of Recognition, and numerous other community initiatives.

He has helped serve meals at the Welcome Hall Mission and, at Christmas time, has packed and delivered baskets on behalf of Saint Gabriel’s Parish and the Erin Sports Association.

Ronnie has coached and managed youth sports teams, in some cases teams his children were not even playing on.

A member of the Erin Sports Association and the United Irish Societies of Montreal, Ronnie is proud of his Irish heritage. He contributes to the success of the annual St. Patrick’s Parade by serving as a deputy marshal, although he is best known for his work with the Erin Sports Association where he serves as Chairman of the very successful Irishman of the Year Breakfast.

In 2017, Ronnie was awarded the Ian Stevenson Memorial Trophy at the Point Wish Softball Tournament in recognition of his dedication in volunteering for the tournament during its 25-year run.

Ronnie has been married to his wife Susan for thirty seven years, and resides in Chateauguay. Their son RJ resides in Ottawa, where he works as the Equipment Manager for the CFL’s Ottawa Redblacks, while their daughter Mallory resides in Alberta.

The United Irish Societies of Montreal is pleased to present Ronnie James as the Chief Reviewing Officer of the 2018 St. Patrick’s Parade. 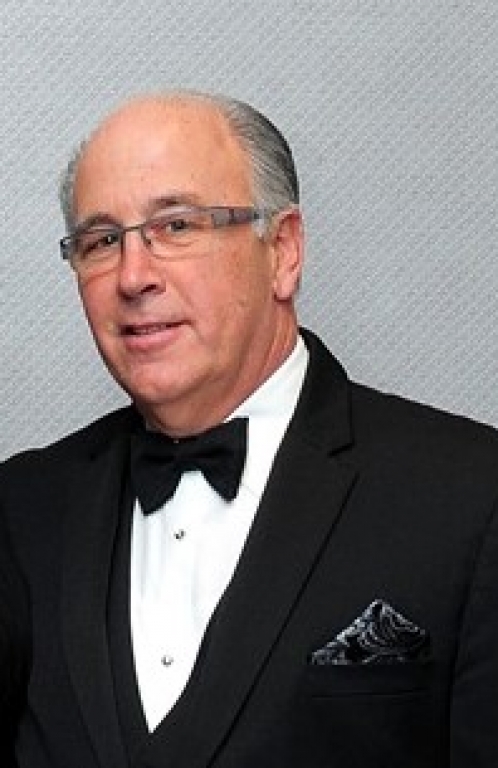