Point Saint Charles has been blessed by citizens born in the Point who have given unselfishly of their time and talents to the betterment of the community. Occasionally, someone comes along who wasn’t born there but was sure meant to be part of the fabric of the community.

Sister Dianna’s journey began in Cudworth, Saskatchewan. The eldest of eight children, seven girls and one boy, she attended elementary school in a rural one-room school where one teacher taught eight grades. Upon graduating from high school she entered the Novitiate of the Sisters of Our Lady of Sion in Saskatoon and, two years later pronounced her first vows and entered teacher’s college. She taught elementary school in Saskatoon for five years prior to leaving for the missions in Brazil where, after learning the language and culture for six months, she went to live in the Northeast part of the country for six and a half years, ministering to the very poor.

Sister returned to Canada in June of 1974, came to Montreal, was interviewed for a position at St. Gabriel’s Parish by Bishop Neil Willard, then the parish administrator, He suggested a three to four week probation period. On April 15, 1975 she began work at St. Gabriel’s that has continued through to today, forty-one years of dedicated and loving service to this community.

Sister’s hands on approach is a key ingredient in the success of the food bank, furniture and clothing provision program, as well as in preparing Christmas baskets. In recent months Sister has been very involved in fund raising for the repairs needed for St. Gabriel’s Church and rectory.

Her involvement in parish life is not a 9 to 5 position. She is continually giving of her time and love beyond these clock hours. Her parish is her family and family business isn’t confined within a specific time frame.

Sister Dianna is a person whom our parishioners and community greatly admire. Her ability to consistently be a loving and meaningful influence to many in her parish and community has a significant impact in their personal lives. She is A True Angel of Love.

The United Irish Societies of Montreal is pleased to present Sister Dianna Lieffers as the Chief Reviewing Officer of the 194th Consecutive Saint Patrick’s Parade. 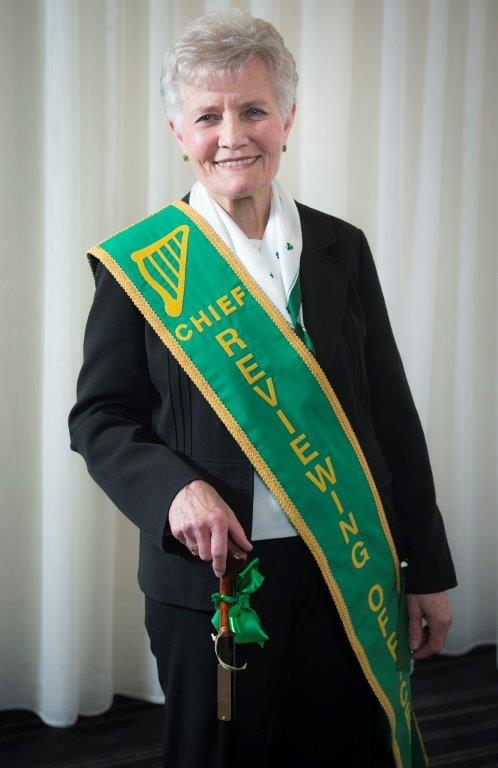