She is a 24 year old student at Concordia University’s Liberal Arts College, where she discovered her love of James Joyce after having studied the works of Homer, the Bible, and extensive works from Modernist movement. It was upon presenting an essay on Ulysses at the Montreal Bloomsday Festival that she felt her degree would be complemented by a minor at the university’s School of Irish Studies.

Darragh is a life-long volunteer at St Monica’s Parish in NDG, where she initiates projects, plans events, and is involved with their childcare program. She has worked as a live-in nanny for two wonderful boys in Montreal West, and regularly entertains at birthday parties as a mermaid, or princess.

Beyond her breadth of work and education, Darragh is a regularly-working actress, stand-up comedian, and is beginning to take creative control in the city as a writer and producer of her own work, and curated cabarets. 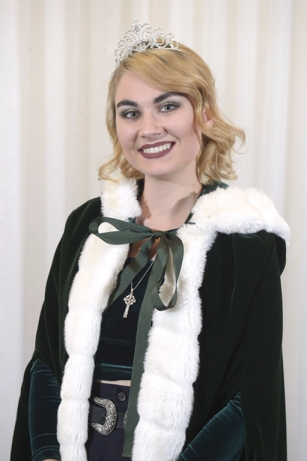