The St. Patrick’s Parade in Montreal The 198th Montreal St-Patrick's Parade is a go for 2023 The parade will take place on March 19th at 12 noon. This will be a full scale parade as in past years. Hope to see you there

Under the direction of The United Irish Societies of Montreal, Inc. 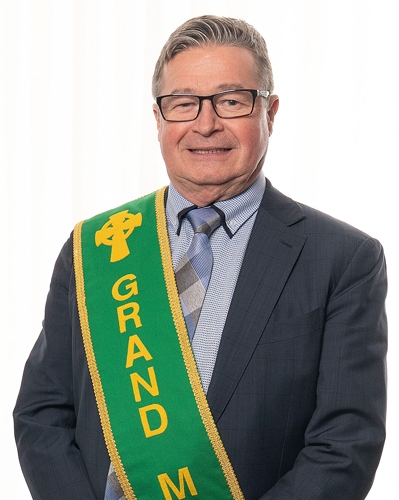 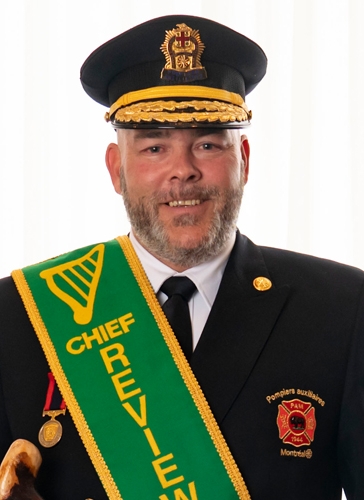 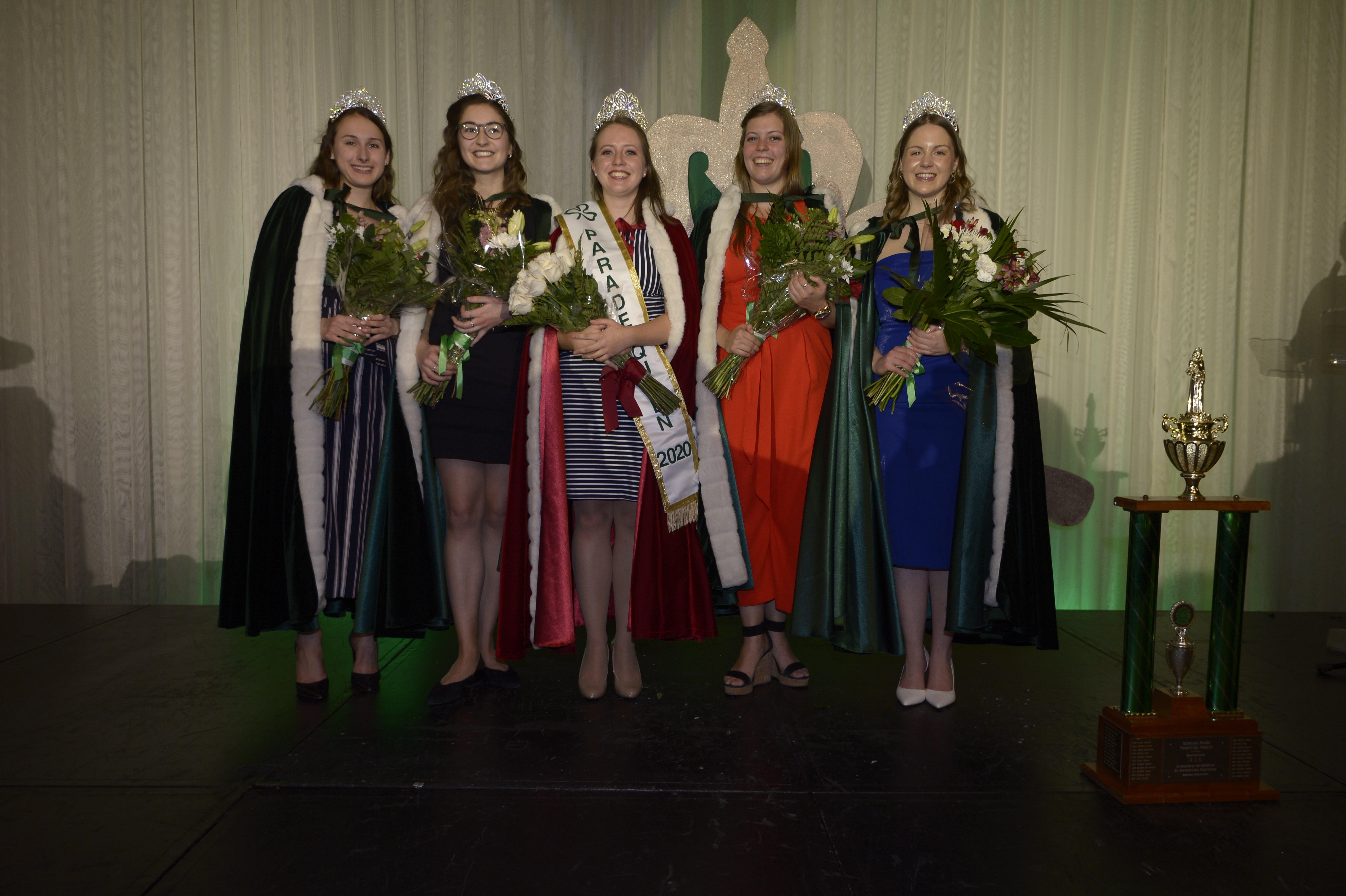 Each year since 1956 the United Irish Societies of Montreal has organized a contest to select a queen and princesses for the annual parade. The event was originally called the Queen’s Pageant and held at the Sailor’s Club in Old Montreal. Today, the Selection Evening is a public speaking contest held downtown. 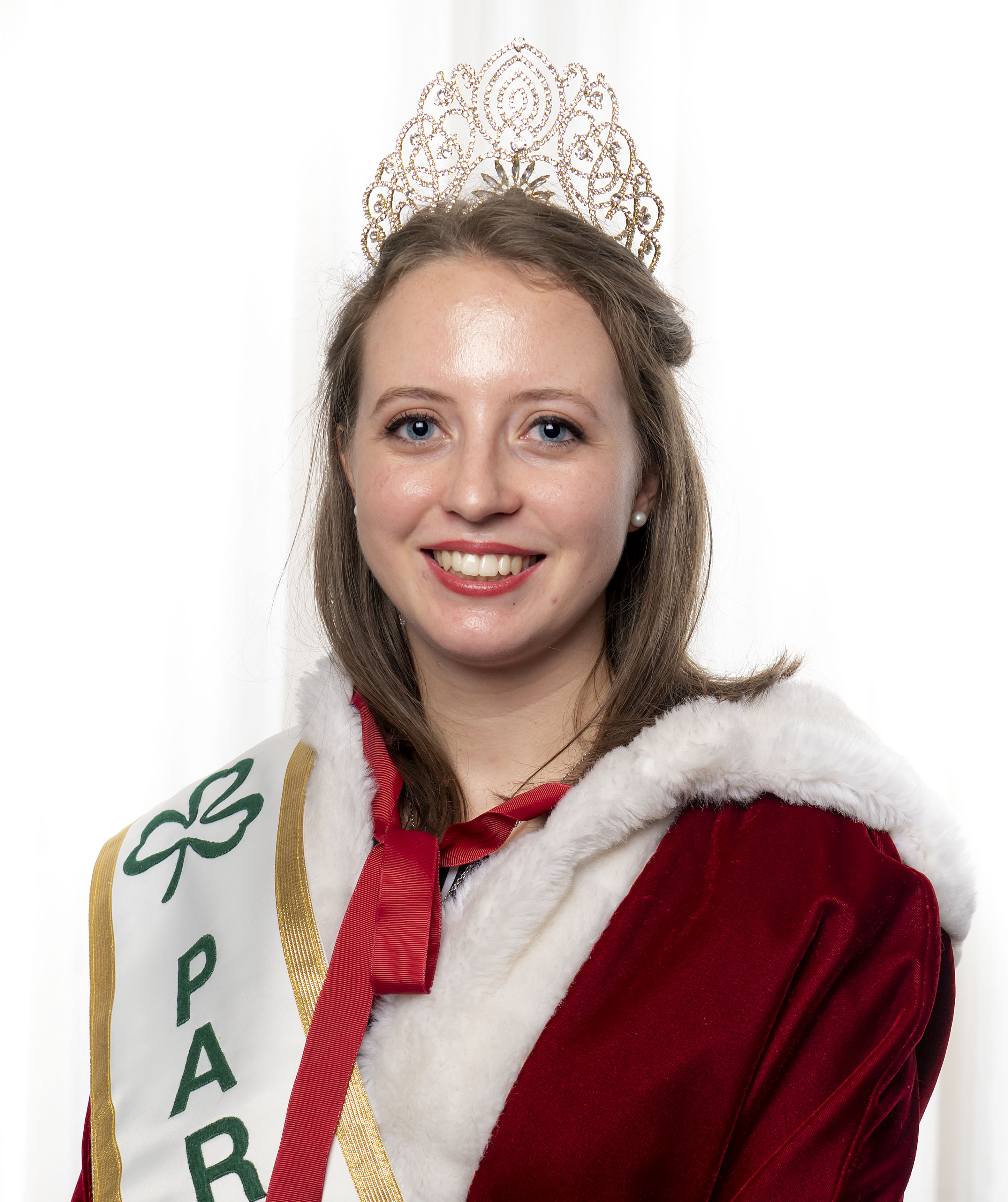 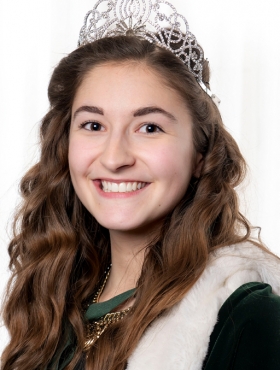 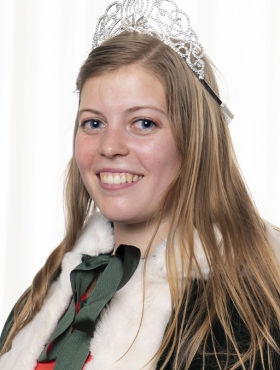 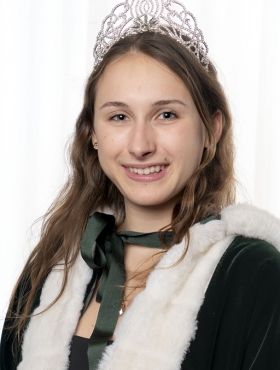 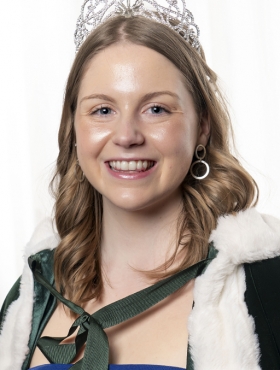 The United Irish Societies of Montreal, with the help of advertisements, publishes a yearly souvenir program / yearbook distributed at the annual Awards Banquet.

In the souvenir program / yearbook we celebrate the events of the past year, culminating with the annual parade.

If you would like a hard copy for your personal use, for customers to browse at your place of business, or are interested in supporting our organization with an advertisement, please contact Ann Mary Butts. 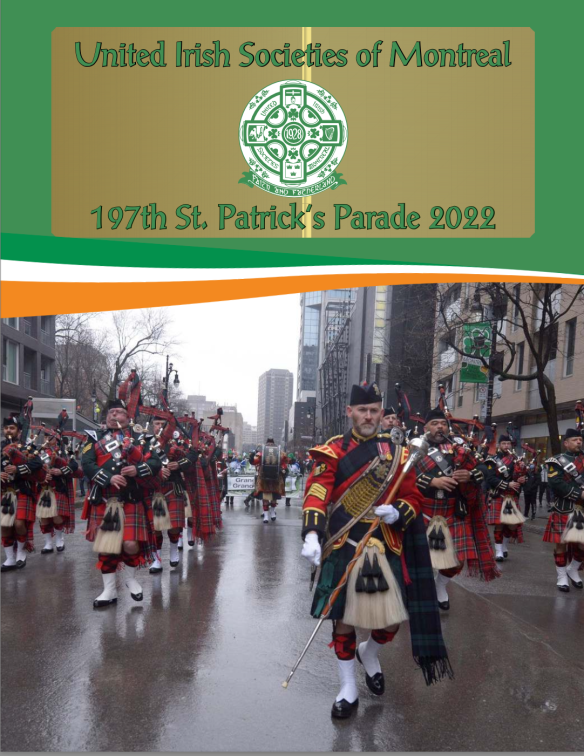 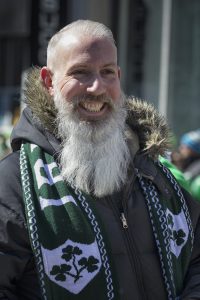 Sterling has always positioned himself as a force for change. After co-founding the UnderPressure Urban Arts Festival in 1996, he opened collaborative spaces created for and by the emerging street art community. There is more to Sterling, however.

Sterling was first elected city councillor for the Desmarchais-Crawford district in his Verdun in 2013. This is where I believe many in the United Irish Societies were introduced to Sterling.

Sterling has never shied away from his past as a skinhead in his younger years. While he did not let his past define him, he has used his experiences to help marginalized youth by speaking about the effects of bullying and by helping communities such as LGBTQ2S youth find safe spaces where they can thrive.

While helping youth is a big part of who Sterling is, he is also committed to recognizing and honouring his community’s veterans past and present. Sterling was a major proponent of the recently inaugurated “Sentier des coquelicots” (translated: Poppy Trail) in the Crawford Park neighbourhood he has called home the entirety of his life. Despite being occasionally in an election campaign, he always finds the time to volunteer his services to sell poppies within his community for Royal Canadian Legion Branch #4.

On a personal level, Sterling’s involvement in the Polar Bear Plunge with Luc Gagnon was the motivation for some UIS members to also raise money and jump into the frigid St. Lawrence River for the benefit of Special Olympics Quebec.

The United Irish Societies lost a dear and valued member in 1992, when Simon McDonaugh passed away. An award was established in 1993 for the community to remember Mr. McDonaugh’s dedication to his heritage and to the humanitarian acts performed during his life. Mr. McDonaugh’s association with the United Irish Societies and the St. Patrick’s Day Parade were longstanding: from 1940 to 1979 he served the organization and the annual parade as its Chief Deputy Marshal. During those years, he was an inspiration to the marshals and society members due to the successful execution of the parades. For many years, he and his colleagues were responsible for building the reviewing stands for dignitaries to review the parades. In later years, Mr. McDonaugh was presented with a Gold Card Membership in recognition of a lifetime of loyal and faithful service to the United Irish Societies and to the annual St. Patrick’s Day Parade. The memory of Mr. McDonaugh’s humanitarian lifestyle lives on through this award. 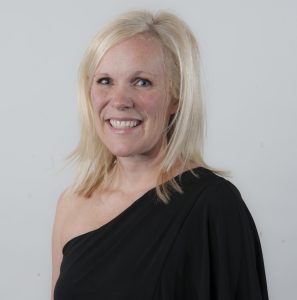 The United Irish Societies of Montreal and indeed the community first got to know Colleen in 1994 when she was named Queen of the St. Patrick’s Parade. According to a March 17, 1994 Montreal Gazette article, Colleen stated “Being chosen was quite a surprise.” In fact, Colleen was a reluctant applicant to the pageant, as the event was then called. Apparently, her friends sent for the application and then goaded her until she relented and applied. During the evening she spoke about the strong sense of family, faith, and history in the Irish community.

Following her reign Colleen quickly got to work on the pageant committee and, in the Spring of 1998 was named Chairperson of the Queen’s Pageant, today is known as the Queen’s Selection Evening. Other than the 2001 and 2003 selection evenings, Colleen has since chaired the event all while raising her family with her husband Ian Locke. The 2020 Queen’s Selection Evening was Colleen’s 20th as chairperson.

For her consistent support of the empowerment of young women of Irish birth or descent and for her long-standing promotion of “Montreal Irish” culture through her leadership in the Queen’s Selection Evening, I support Colleen Murphy for your consideration for the 2022 Liam Daly Heritage Award.

A native son of Dublin, Ireland, Liam Daly, was proud of his Irish heritage. From the first day he arrived, through his talent, love and devotion, Liam volunteered his time to the continual presence of the Arts and the Irish Cultural in the City of Montreal Liam is missed by the Irish Community. As a tribute to him, the United Irish Societies of Montreal has created the Liam Daly Heritage Award which will be awarded to a worthy candidate who exemplifies Liam’s love of his heritage and promotes the Irish heritage through the arts.